Things to do in Amritsar

The high-tech show at Qila Gobindgarh fulfils your list of things to do in Amritsar and has taken the defence to the top of the list of Punjab’s famous monuments after the Golden Temple. A 7D show on Maharaja Ranjit Singh Ji in a never-before-seen format in Punjab will transport you to the 19th century in an immersive way. The show will leave you enchanted. A preview will introduce you to the ages just before the Maharaja forged the mighty empire of Punjab. Internationally renowned film director Mr Ketan Mehta has directed this show 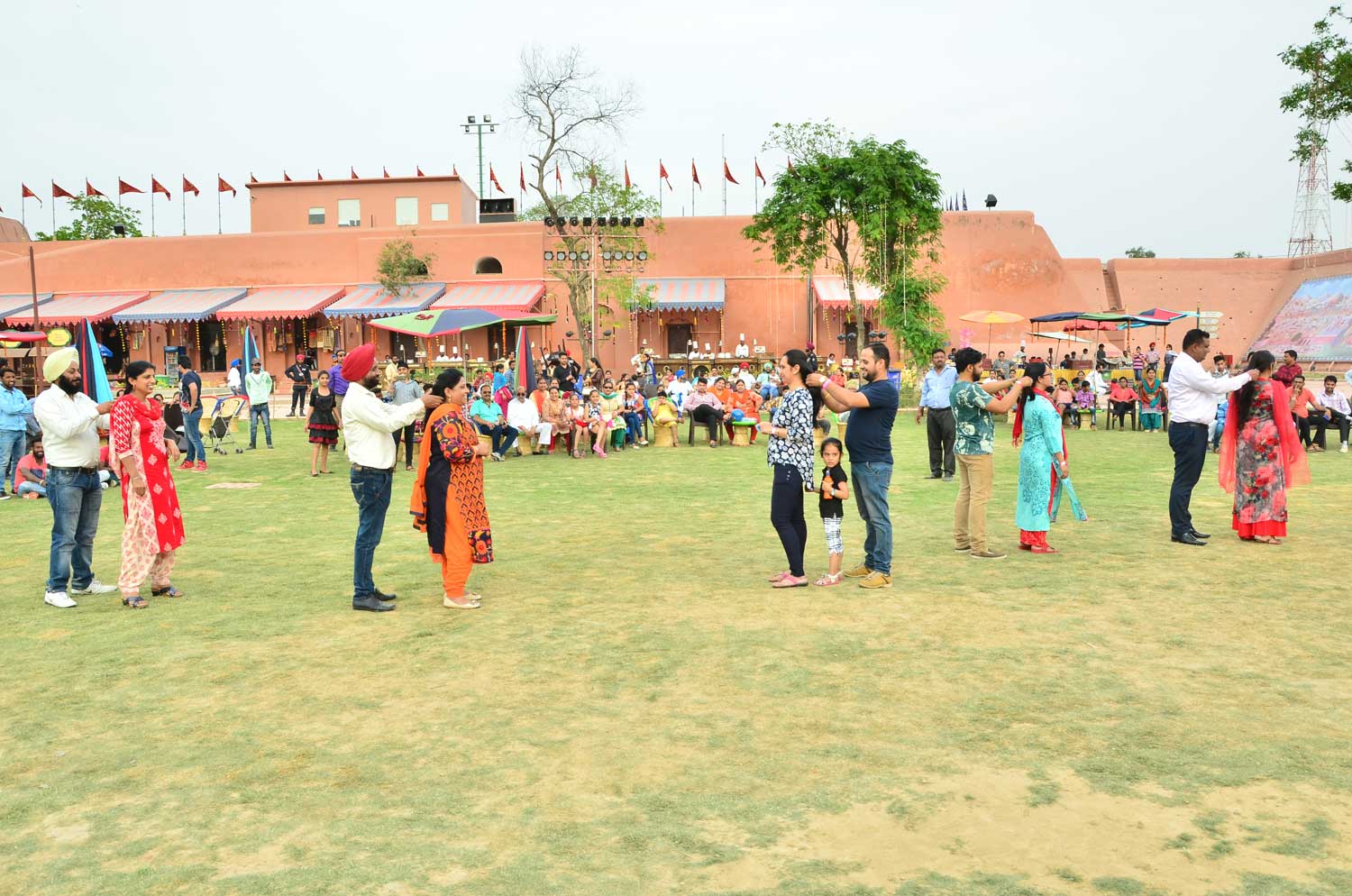 Fun is something you would get guaranteed at Gobindgarh Fort. Get amused by the wallop of fun activities that would keep you entertained and enthralled throughout your visiting time. Whether you are on an outing with your friends or family, the fort is a perfect destination. There is something for everyone in the defence, whether adults or children. Join in the amazements of Gobindgarh Fort and bring back some mesmerising memories along.

One of Maharaja Ranjit Singh’s great passions was his love for horses. He had more than 1200 of them in his stables, and as many as 1000 were reserved for him. He sometimes used to say that where he felt surest of himself was in the saddle. They say he often took essential decisions on horseback. Ride the horses like Maharaja Ranjit Singh in princely splendour. Our expert handlers will safely give you a ride even if you are not a rider. 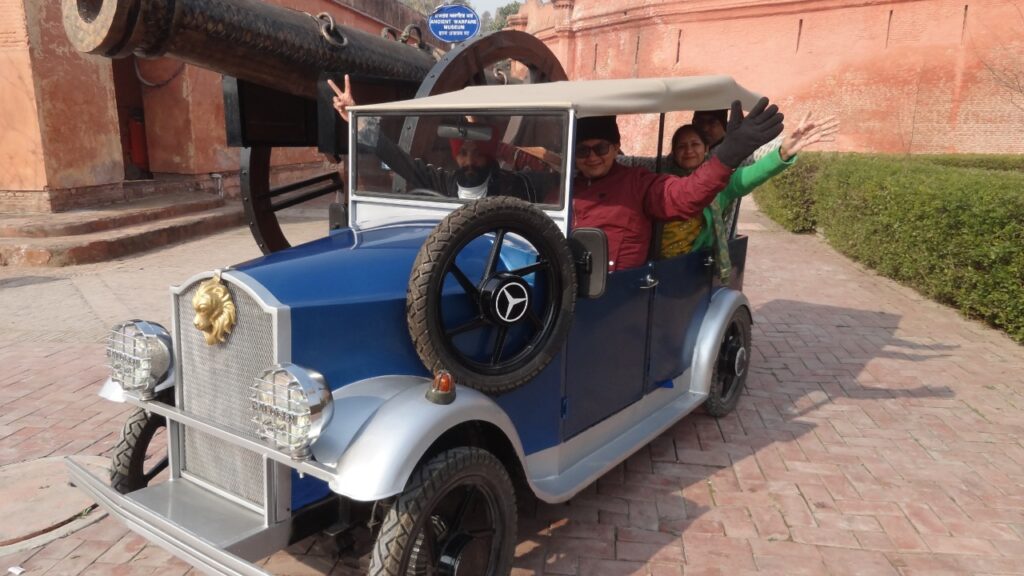 An incredible 2.5 km ride around the grand fort in our specially made EMV, this ride across the connecting Rampart will take you right around the exciting layout of the fort with its Ravelins, Moats, Bastions and Burjies… a supreme example of military architecture. Hop on and see the brilliant design commissioned by Maharaja Ranjit Singh in the early 19th Century, made under the supervision of his foreign minister, Fakir Azizuddin and designed by his French General Jean Francois Allard and the Italian General Jean-Baptiste Ventura 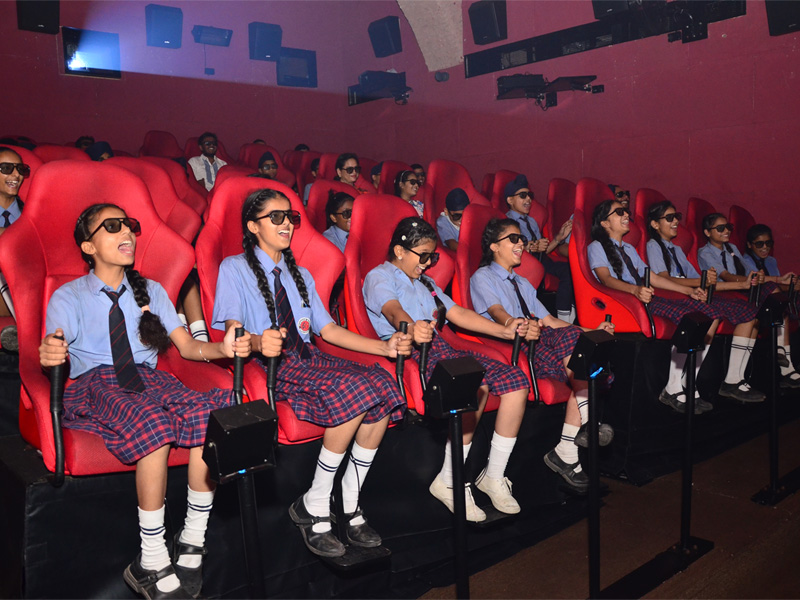 Numerous high-tech shows make the fort one of the best tourist places in Amritsar and have taken the defence to the top of the list of Punjab’s famous monuments after the Golden temple. A 7D show on Maharaja Ranjit Singh in a never-before-seen format in Punjab will transport you to the 19th century in an immersive way. The show will leave you enchanted. A preview will introduce you to the ages just before the Maharaja forged the mighty empire of Punjab. Internationally renowned film director Mr Ketan Mehta has directed this show. 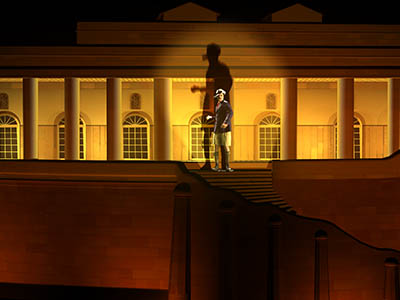 A show on the story of Gobindgarh against the backdrop of the original façade of the Colonial Bungalow–a wall 100 ft. x 50 ft. see a Multi-Media sound and light show with laser lights, computer animation and Projection mapping technologies, immerse yourself in the legend of Gobindgarh Fort where these seemingly mute walls, have a story to tell of the sweep of history.
This infotainment show, brought to you with 20,000 lumens projectors and 7.1 surround sound, will mesmerise you as you sit on the historic open lawns of the fort and revel in the gorgeous evenings of Amritsar. 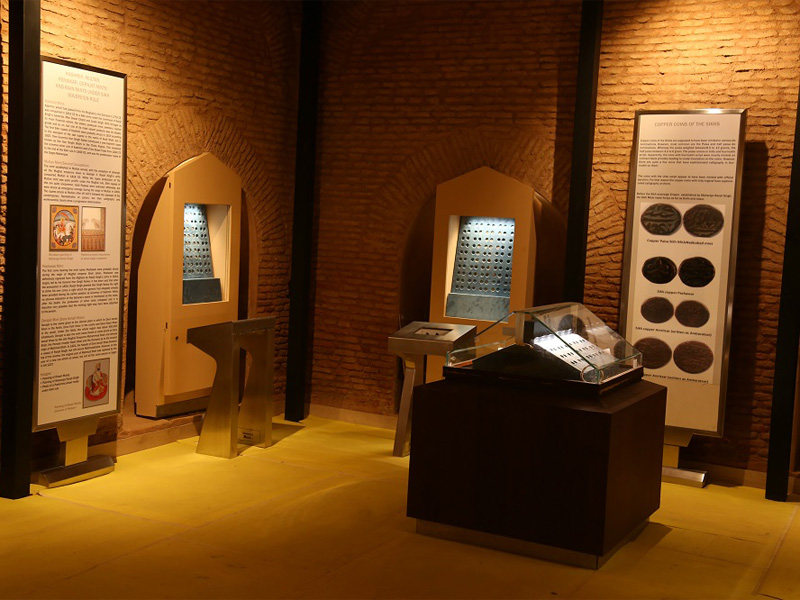 Here, the Kohinoor was housed – a replica of the Kohinoor, as it used to be, can also be seen here. They say no jeweller has been able to assess the price of the Kohinoor diamond. Kohinoor is perhaps the world’s most famous diamond, and the fact that it was housed here before the British took it away has made the entire country curious about the fort.
Many people from all corners visit it, making it one of the best tourist places in India. It is believed that Maharaja Ranjit Singh kept a treasure worth Rs. 30 lakhs (A Kingly sum then) and precious jewels and gold and silver in the fort under the guard of 2000 soldiers. The Royal treasury of Maharaja Ranjit Singh. 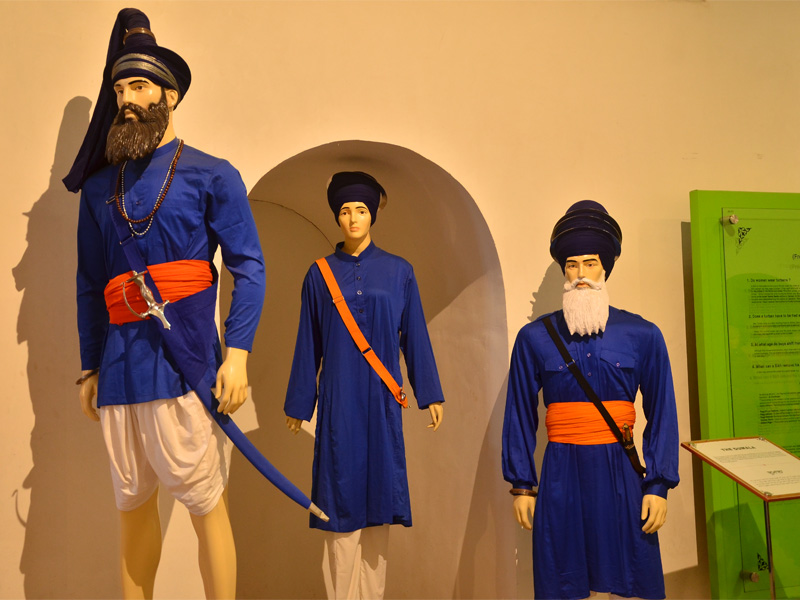 In the NE Bastion’s Gobindgarh Art Gallery, a new Pagdi Museum (Turban Museum) depicts the exciting forms of the pages of Punjab, both Sikh and Non-Sikh. Info-boards give unique insights about this distinctive headgear- from its evolution to today's modern “NRI styles “. 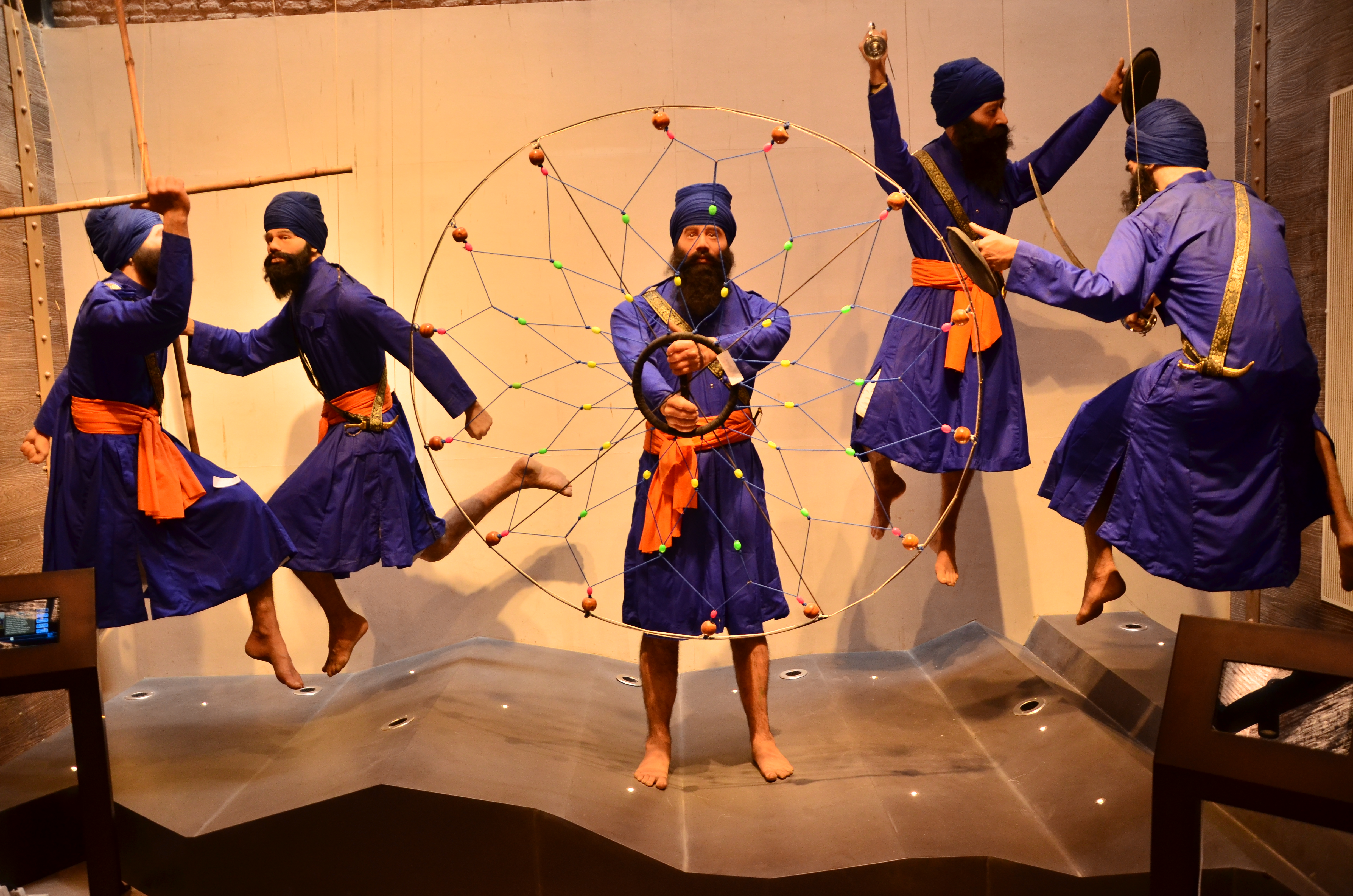 See the rare instruments of war from the old times- including a replica of the Maharaja’s sword and his war attire. A specially made image of the celebrated 14.3 ft. big Bhangian di Tope or The Zamzama– the most extensive canon has been recreated especially for your viewing. 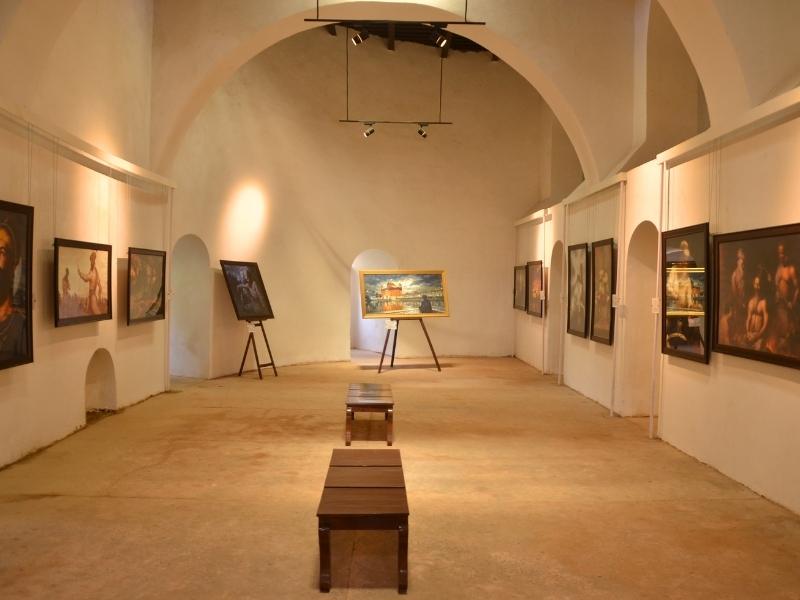 Living up to its image as one of the prime historical places in Amritsar, it also houses a stunning exhibition about the famous “Saints And Warriors” of Punjab. The renowned Toronto based artist Bhagat Singh Bedi’s unique digital paintings of the Sikh saints and martyrs are housed at the Gobindgarh Art Gallery at the NE Bastion. A not to be missed, mesmerising exhibition by this self-taught, inspired artist will leave you captivated. 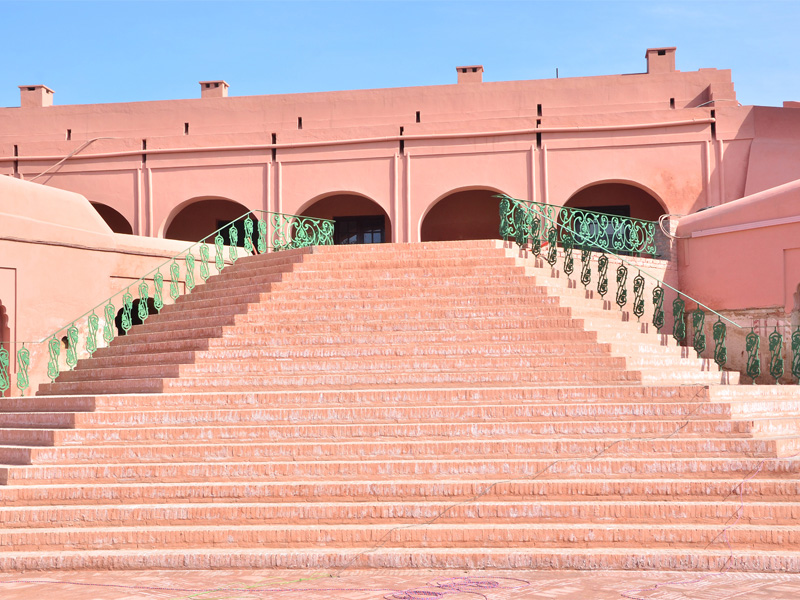 The fort has a highly complex and sophisticated structure of walls, moats, ramparts, bastions, and buildings over 258 years. In its material, construction, layout and the philosophy underlying its systems, it symbolises the martial spirit of Punjab. Punjab’s military tradition is closely linked with the development of the Sikh faith, from the assumption of arms by the sixth Sikh Guru Sri Hargobind Ji to the establishment the Khalsa army by the tenth Guru, Guru Sri Gobind Singh Ji. This spirit combines the ideals of Piri (spiritual reality) and Miri (temporal existence).
Over time, the various “Owners” of the fort made their architectural interventions– from the Bhangi “Misls”( 1760-1809), who first made the fort, to Maharaja Ranjit Singh (1809–1849), who did most of the enhancements in the early 19th century. Under the supervision of his foreign minister, Fakir Azizuddin. The Maharaja, with the help of the Italian General Jean-Baptiste Ventura and the French General Jean Francois Allard, had both served in Napoleon’s army. They undertook significant expansion in the fort with the latest concerns and designs. 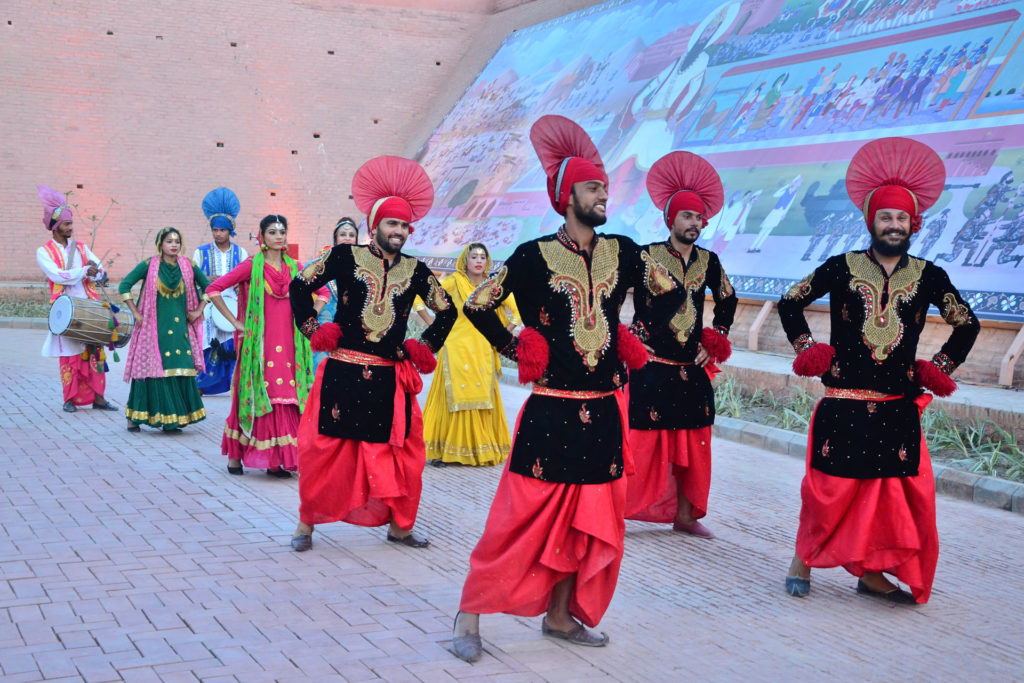 Live Shows all day of Punjabi cultural activities keep you entertained all day. As the sun is about to set, the mood in the fort changes and a grand procession emerges with musicians and dancers in traditional costumes performing a vibrant montage of Punjabi Bhangra and Gidda along with some death-defying feats from the incredible martial arts form Gatka.
And then, when the night falls, the fort is illuminated with dazzling lights making it one of the key places to visit in Amritsar.